How Much Does It Cost to Build a React Native App?


What do you think if you go with react native then how much it will cost to build a react native app? do you have any idea?

Conglomerating with the pace of technology, now the business owners are also looking forward to stepping along the transformation of the traditional IT platforms.

Loyal customers love to use different platforms for smartphones. Android has the largest market share globally, while iOS possess a different market share.

Maintaining the different platform-based solutions results in a large cost of development and additional time and effort. React native is an appreciable solution for cross-platform application development.

The cross-platform app is an app that ensures the successful functioning of the platform resulting in more access to the required customer base. Alongside, what matters is less time for development and less cost.

Now, with the increased demand to hire react native developers, often business owners look to compare the two development frameworks. Native apps vs Cross-platform is the big question for the time being.

The core of every business is to save money. Investment also demands cost-saving with a high return on investment. React Native apprises your business with every pro while keeping cons at the minimum.

For knowing the cost to build a react native app you need to look into the features the framework offers along with the number of pros it is associated with.

A little Introduction About React Native

React Native is a popular javascript framework backed by the giant social media platform Facebook. The framework was launched in 2015 and since then it has seen immense popularity.

The framework is widely used and being learned by developers worldwide and the most popular apps of this era use React Native, including, Skype, Instagram, Tesla, Airbnb, etc.

The development cost decreases by about 30-50 percent with react native. This results in the huge adoption by startups who look for the cost-saving option.

One of the major benefits for the mobile application development company is time-saving. Let me tell you a story. One of my clients, say A wanted an Android-based app for his business.

In the business analysis, he got to know that a major percentage of his customers are iOS users. But client A was adamant about the android app, so we gave him react native app. After one month of the solution, he demanded an iOS app.

Here React Native helped us. We gave him the iOS app in a few days, because the codebase was already there, so it didn't take much time.

When you go for native app development, the development pace goes slow, because at least two developers are needed for any native app.

But React needs less. The workflow becomes smoother when the team leader needs to communicate with two developers in place of four.

Although there are a few drawbacks as well, which are manageable. React native does not support a few native app features which can be made by developers in the native environment.

How Much Does it Cost to Build a React Native App? 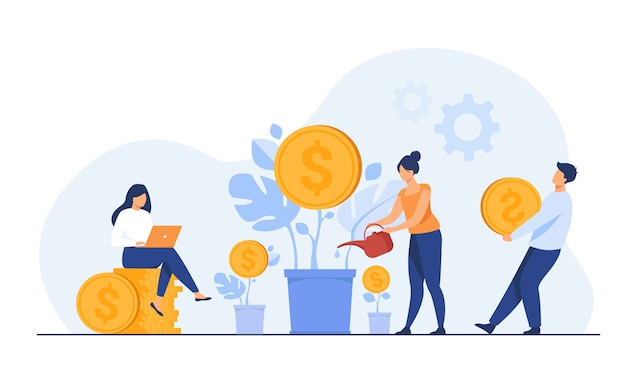 React Native framework is a proven cost-effective medium for app development. The startup has a tight budget, so consider hiring an android app developer for React Native as the best option. The development cost varies depending on the location.

Southeast Asian countries are majorly hired for development work where the cost is $15 to $25 per hour. Additionally, the experience of the developer is also an important factor affecting the cost.

However, the smartest way React offers for low-cost development is to reuse the development components.

The Cost of Development Depends on Various Factors

The experience of the developer depends on the level of the project. When the business requirements are less complicated, then you may hire react native developer of medium level, which costs less.

When the development requirements are high and seem too complicated, senior and high-level developers are required. We will suggest you first assess the requirement of the project before hiring the developer.

Do you need an app, that works as a standalone or an app that needs to be integrated with the existing system? Some app requires simulation with the existing ERP solution for the proper analysis and real-time data updation.

These apps generally run over the BYOD platform. These kinds of apps require much time and understanding. Therefore, the price goes up high.

The extension libraries and third-party APIs are involved which takes prices up. On the other hand, stand-alone apps require no dependency, hence coming at a low cost.

The bug fixes are important, which also increases the cost. Maintenance and support is always significant factor in cost estimation. It is recommended to hire on a retainer basis and then hire the company for the updates.

There are many distribution channels available with different pricing lists available. Commercial stores such as Google pay and App store charges around $100 for licensing cost.

The host ensures the proper following of the set rules and policies. These hosts permit apps to be distributed. The other option is to install the app in the storefront for Enterprise Mobility Management.

If your app does not require the logins and security authentication features, it tends to have less cost. But if security is the bigger concern here and your enterprise system demands authorization along with profile management, it requires third-party API and development efforts by React Native Development Company. These kind of apps are costlier and requires safe deployment.

The apps can be as vast as possible and as small as a single-page app. The core matter is what your needs are. When you are developing an app for customers, this may require some luring features such as authentication and profile management through social media. The number of APIs included in the app increases the cost accordingly.

React Native is the widely used framework and majorly works best when the budget is a concern. The cost of development stays less and it strictly depends on some factors.

The above, factors are a few noticeable features, but there are many influential features, which need to be considered while opting for a favorable framework and looking for react native development company.

Assuming the exact cost of any app is never possible, therefore the hourly cost of development is considered which helps in determining the cost.

Tarun Nagar is the Founder & CEO of Dev Technosys, a global ranking Web and Mobile App Development Company USA. With 10+ years of experience, he assists all-scale businesses, from startups and SMEs to global brands with out-of-the-box IT solutions. He is known for his visionary qualities & adaptability to the latest technology and trends. Being passionate in every aspect, he is dedicated to offering smart mobile & web development solutions accessible and approachable for all business enterprises.

Our Sneak Peak into the Tech-World!

Get Exciting Updates About Latest Technologies, Development Tips, & Trending Solutions Via Our Blogs

Request a quote about our web and mobile application development services